Finger Wagging as a Praxis

At first I thought that I had this blog post all figured out. I’ll just take some bits and pieces of scribbled ideas from here and there, and do my best to stitch together something acceptable about means of communication and representation within interreligious dialogue groups that will most likely scoop around eight likes and an embracing comment from my mother. Easy.

But as I was about to begin another fruitful day of procrastinating my writing, I found myself like many others glued to the sights of warfare from Ukraine. The remainder of my waking hours are now spent reading new headlines detailing yet another gruesome humanitarian crisis in one tab, while still trying to remain poised with the help of bossa nova hits blasting from another. Trying to gain a somewhat coherent overview of the situation is not a mentally destructive occurrence. At least I hope it isn’t. Doomscrolling is essentially the process of compressing global atrocities into personal boredom in order to legitimise them, and I’m not interested in that. Not keen on being lethargic whilst leafing through the headlines of ethically sourced journals and newspapers, what I’m really after is to feel something that would validate my political beliefs and convictions, thus convincing myself hard enough that emotions could warrant a substantial political framework for my actions.

Luckily for me, that’s exactly what social media is for. My attention was quickly drawn to the usual suspects in my feed. You know, smooth-talkers that have considerable social footing not only due to their intellectual persona, but also because of the affect that they constantly provide their followers with. And in this unfortunate case, the sentiment on supply was guilt and plenty of it. What now seems to take the focal point of those who invest themselves in moral capital is not a familiar civic commitment that pursues creative solutions and ideas to improve the conditions of those affected by the wrongdoing. Instead, a disparaging repetition was articulated: condemnation of the industrial-military complex which has commiserated and ended the lives of many did not seem as pressing as the maintenance of a parasocial relationship which hinges on making those who sought empathetic participation feel guilty that they even tried. In other words, even if a good chunk of the convictions and attitudes that were floating around have been written with a certain liberal grammar, they all somehow managed to be read as a puritan sermon. Now, I am in no way trying to suggest that guilt is a definitive trademark of progressive thought. Rather, I would like to sketch how an articulation of political action became secondary to shared guilt.

Faced with the impossibility of dissecting a multi dimensional and unfolding emergency in its fraught moral landscape, the most concise stance one could achieve is wagging a finger at those who tried their best by offering poor commentary and establishing a superior virtuous stance in relation to them. What do I mean by that? Well, there have been far too many reprehensible instances in which pundits and reporters have expressed their grievances that a so-called civilised country such as Ukraine, which is a stale buzzword for any territory or culture which is defined by its consumer similarities to the global north, is being bombarded. Worse than that were ill advised interviews, such as the one taken with the former deputy prosecutor general of the country, in which he expressed his grief that ‘European people with blue eyes and blonde hair’ were ‘being killed every day.’ Racism undoubtedly has a major role to play in both the ongoing emotionalization of the war to certain audiences as well as in how non-white refugees are mistreated at border controls and central stations throughout the continent. But rather than rigorously examining the socioeconomic and constitutional circumstances that have produced such abusive predicaments, moral capitalists only need to point to their immediate effects and paradoxically declare that while not enough is being done, there is also nothing to be done.

Guilt holds an interesting role within communication between people. It is the emotional process through which an authoritative party demands from the other a thorough introspection of their behaviour or thought which would inevitably trap them in an inner dialogue with themselves. Guilt may arise from an external finger wagging dominator as much as it could stir up within ourselves, since its effects are almost always manifested as a mental form of punishment. That’s probably why when a parent dictates to a child that they should go to their room and think of what they’ve done, it feels so severe; they’re forced to stay in isolation with only a fault-ridden mind as their company. Coincidentally, it is the same principle that is dictated by the nation-state and the judicial system whenever they find someone to be guilty as well. Jokes aside, guilt provides a circular argument.

Political and social rubrics that are motivated by it demand us to think about our actions, whilst simultaneously making sure that we feel guilty for being so self-centred by doing so. Maybe this is the definitive Christian legacy in current social debates, but by now it has been custom to consider guilt as a correlate of political morality. Take for example the request to ‘check your privilege’, a popular rhetorical device that views awareness in the form of narcissism as a political activity as long as socioeconomic prejudice remains sheltered in the realm of personal psychological reflection, barred from any true and ambivalent influence which would effect the binary moral system that the finger waggers uphold. Is it really the case that the more guilty we are, the more ethical we present ourselves to be? I’d certainly hope not. Maybe instead of encouraging the urge to police and condemn inaccurate political involvement as a way of accumulating moral capital, societal predicaments could be redefined not in ethical terms and personal misdeeds, but rather as something external to us which hinders our self being. 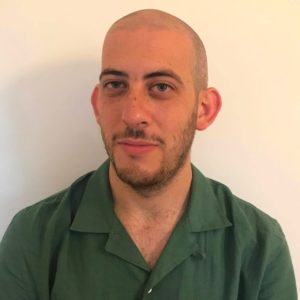 Ido Nahari is a cultural sociologist, writer and researcher that holds an MSc in Culture and Society from the London School of Economics and Political Science. He has been a participant of DialoguePerspectives since 2021, and is an assistant editor for the street journal Arts of the Working Class.