Retrospect: European competence in plurality, not fantasies of cohesion!

On the potentials of difference in the interplay of religions, worldviews, and society.

Our first public evening event held in person since the start of the pandemic took place last Wednesday, 6 July 2022 in the Elisabeth Kirche in Berlin and was dedicated to the topic “European competence in plurality, not fantasies of cohesion! On the potentials of difference in the interplay of religions, worldviews, and society.” The event was held jointly with the Eugen Biser Stiftung as part of the Netzwerk Religion & Demokratie. Together we explored the possibilities for a productive societal cohesion built on difference and plurality.

Even today, many visions of societal cohesion assume commonalities and homogeneity as its foundation: shared history, culture, traditions, everyday lives, the same holidays, and rhythms of life – the society should be united, if not in every respect, then at least in many. The debate on what this connecting element can or should be has been ongoing for years. At the same time, we are experiencing a growing visibility of societal differences and plurality. 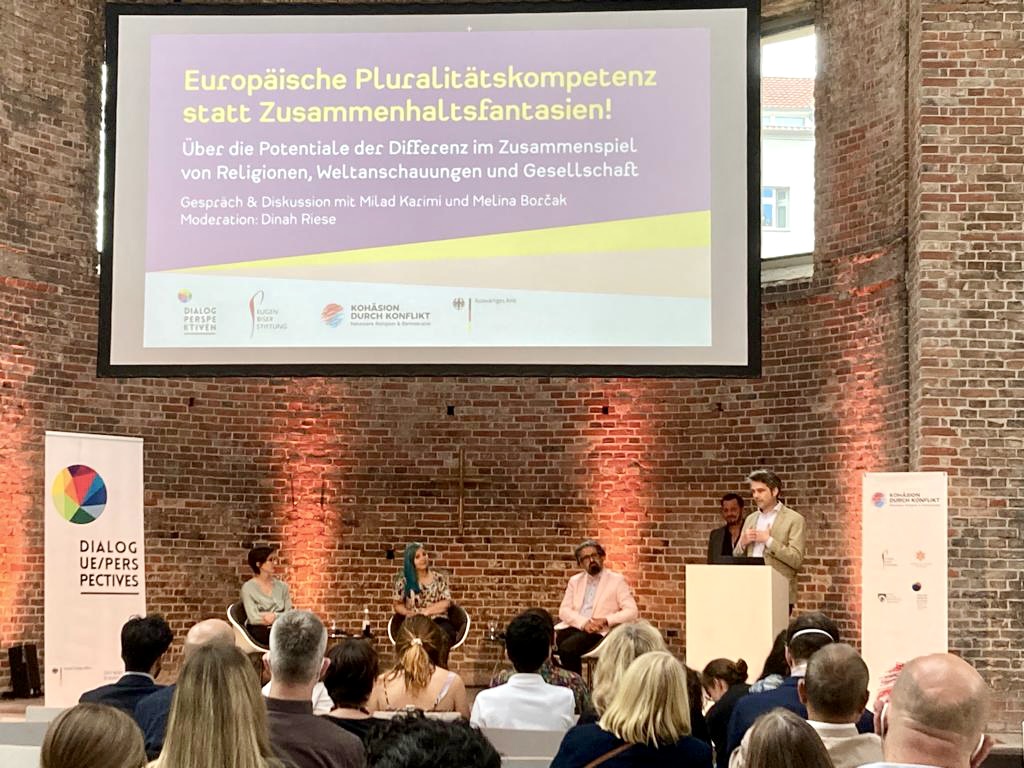 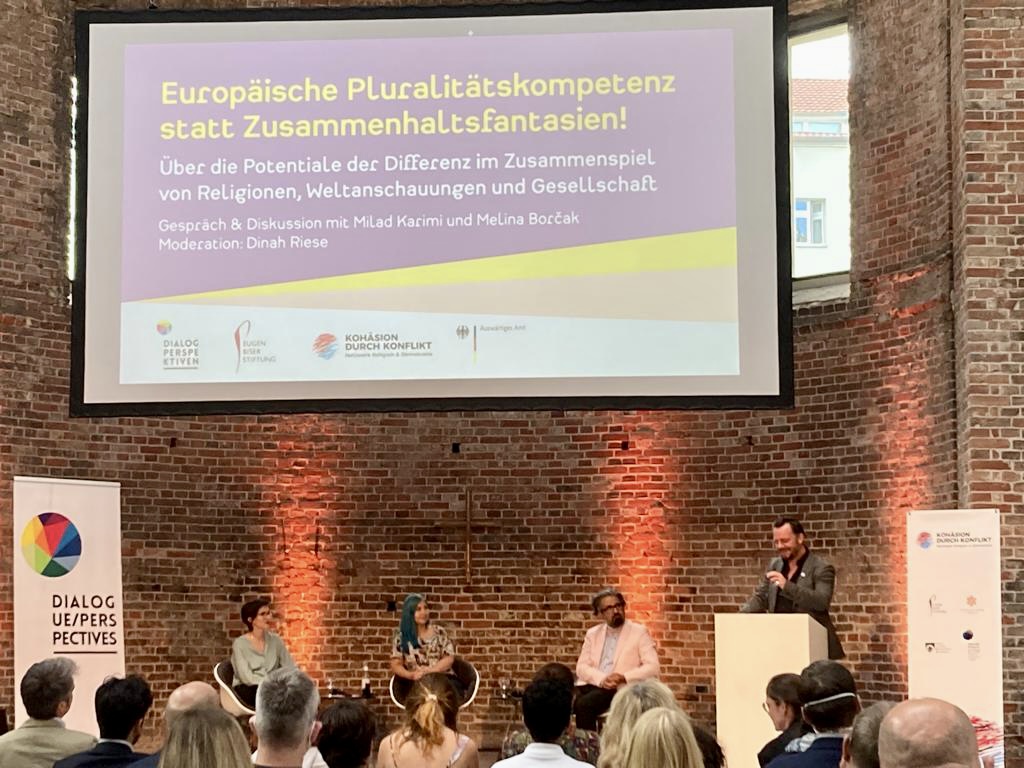 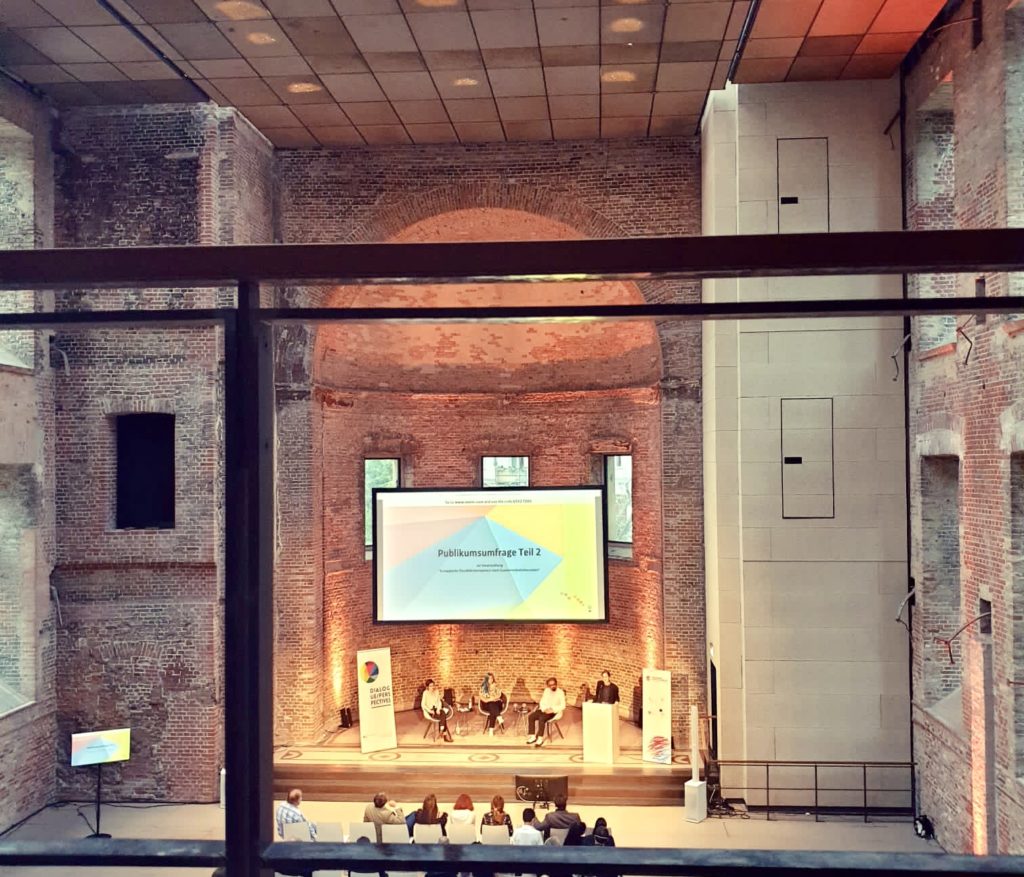 Following the opening remarks by Stefan Zinsmeister, member of the board of the Eugen Biser Stiftung, and Jo Frank, ten current and former Dialogueperspectives participants had the opportunity to ask the panellists ten guiding questions via video. These were then discussed by the journalist and filmmaker Melina Borčak and the philosopher of religion and Islamic studies scholar Prof. Ahmad Milad Karimi. The journalist Dinah Riese moderated the discussion. It was framed by a Menti survey of the guests conducted at both the beginning and end of the discussion. The survey gave them the opportunity to reflect upon and anonymously share their views on societal plurality, the role of religious and worldview actors in relation to societal cohesion, and previously dominant assumptions about it. In the end, the results showed that some questions and uncertainties were resolved or at least mitigated in the course of the discussion.

The evening ended with a reception where the guests and panellists continued the debates initiated on the podium.

Video of the panel discussion 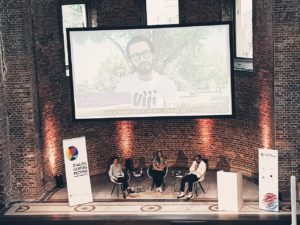 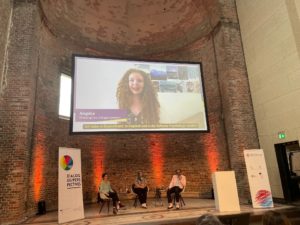 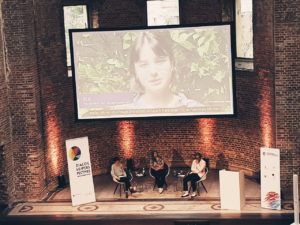 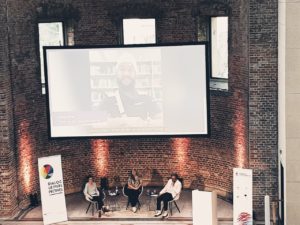 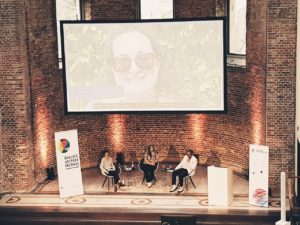 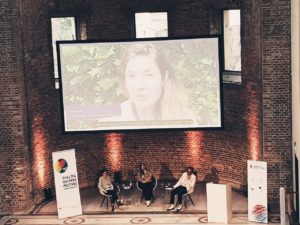 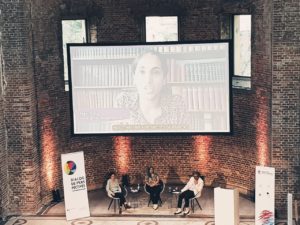 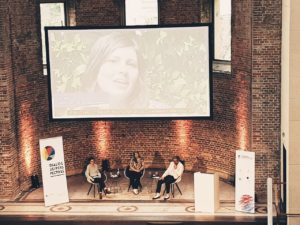 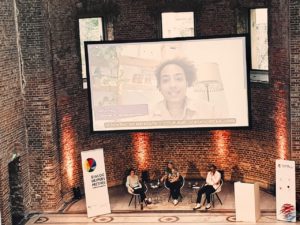