Our programme year 2021/22 officially came to an end with the International Conference 2022 in Berlin (16 – 19 June). It was the first programme year since the beginning of the pandemic that we were lucky to spend almost completely in person. After first meeting for the autumn seminar in October 2021 in Potsdam, and then for the spring seminar this March in Luxembourg, it was a pleasure to gather our participants in Berlin and offer space for reflection, discussion, networking, and both personal and academic exchange. Over the course of three days of intense work and dialogue, our participants deepened the networks and friendships they have formed since last autumn – many of them wishing to continue their journey with DialoguePerspectives in the next programme year.

After the official welcome address and introduction to the programme on our first day (16 June) given by programme leader Johanna Korneli and programme manager Rachel de Boor, the group was invited by extended team member Kristina Schneider to a warm up session, “Mapping DialoguePerspectives”.

The first day ended with a recap session of the workshops from the autumn seminar 2021, in which the participants resumed the topics of and discussions from their workshops with workshop leaders Dr. Cátia Severino, Melina Borčak, Prof. Dr. Frederk Musall, and Dr. Alexander Graeff on various aspects of European culture(s) of remembrance.

Our second conference day (17 June) began with a morning space where participants had time to prepare elements of their shared religious practices for the upcoming days and to talk about the role of worldview practice within the seminar in particular, accompanied by the religious and worldview advisers. Once again, it became clear how diverse the groups are, including within religious groups, and how valuable a discussion about different practices, needs, and ideas can be in this specific setting.

The second session of the morning was dedicated to inviting the participants to a process of further developing the religious and worldview practice of the seminar. Led by Maximiliane Linde and Rachel de Boor, the participants were offered some guiding questions and were also encouraged to bring their own topics, suggestions, and questions forward. In this session, the importance of religious practice in general became evident again and the group formulated a few questions to discuss more deeply: How can a practice be developed in such a way that it does not turn out to be merely performative? How can the plurality within the different religious communities be made visible and valued? How can individuals who belong to a minority within the community participate in a certain practice? And, how could the position of nonreligious or secular participants be included in joint practice? It became clear that this process of debate and negotiation is of great value for the joint work at DialoguePerspectives.

Midday on Friday is generally the opportunity for our Muslim participants to share the Friday prayer with us. Despite having the shortest time for preparation, the participants accompanied by Nour al-Huda Schröter managed perfectly, with participant Hicham Rhannan giving the Khutbah, the public preaching, for the first time. By reflecting on questions of climate change, sustainability, and human responsibility for the planet in the context of Islam, he highlighted not only the topic itself, but also emphasized the significance of the religious foundation for the relevance of these issues, a context that is rather marginal in the public perception of Islam.

The afternoon was spent in an informal yet reflective atmosphere, bringing the team and workshop leaders together with participants in smaller groups for different activities, such as a session on social media strategies and campaigns with Katja Sigutina, a walking tour through Volkspark Friedrichshain to reflect on the manifestation and reinterpretation of memory with Adrian Fiedler, a visit to the DialoguePerspectives Berlin office, or an exploration of religious and cultural sights in Berlin-Weißensee with Dr. Alexander Graeff. Afterwards the participants were invited to an independent walk and talk about narratives and legacies of past and present in Berlin.

One highlight of the conference was the evening event on Friday at the European House, the official Representation of the European Commission in Germany, along with DialoguePerspectives alumni*ae of different generations and guests. For the panel discussion “Towards A Pluralistic Culture of Remembrance in Europe: Visions, Ideas and new Approaches for European Societies” we had the pleasure to also welcome Stefan Delfs, head of the department “Hochschulen, Wissenschaft und Forschung” at the Federal Foreign Office for a closing comment. After a welcome address by Nikolaus von Peter (Representation of the European Commission in Germany) and an introduction by Johanna Korneli, Melina Borčak, Frederek Musall, Cátia Severino, and Sarah Grandke gave insights and results of the joint work during the programme year and discussed ideas und visions for a pluralistic European remembrance culture. To structure the conversation and to provide a framework for the audience to be included in the discussion, they identified four main areas of significance for memory and remembrance culture: “articulations & language”, “manifestations & mapping”, “voicing the unspeakable”, and “polyphony & multi-directionality”. During an active break, the audience discussed these issues in smaller groups and shared the basic ideas and results with the panel and each other. These contributions not only showed the great variety of perspectives and expertise present among the participants but also the ideas, demands, and concepts for a more pluralistic remembrance culture that were developed during the programme year. It became very clear that our participants, that you, with your diversity, your variety of voices, perspectives, and expertise and your various moments of memory, located all over Europe and beyond are key contributors to such a diversification of European remembrance culture.

For his closing comment, Stefan Delfs focused on both biographical references as well as the Office’s institutional perspective on the subject, emphasising the importance of pluralizing cultures of remembrance on an European level to the Federal Foreign Office. We concluded the evening with the Kabbalat Shabbat service, led by DialoguePerspectives alumna and rabbinical student Helene Shani Braun.

The Saturday (18 June) was dedicated to our participants, their projects and contributions, and to them creating a participatory and creative workspace that was also open for alumni*ae to join. They organised in formats including a BarCamp on topics such as the issue of “secret” conservatism and practicing art as a form of reflecting on memory and representation, and an academic exchange in which participants had the opportunity to present their research topics and results and to discuss them with the group: on the Transformation of Alevism, on anti-Muslim racism within the German parties CDU and CSU, or on antisemitism in Greek Populism, just to name a few.

The final session of the day gave the participants the opportunity to reflect on this intense programme year. Within this space, they were able to give feedback, provide suggestions on formats, methods, and content, and formulate ideas and proposals for the future design of the seminar programme in order to improve the programme further.

We concluded the evening with a barbecue and social gathering with our alumni*ae and guests, and with the Havdalah to end Shabbat and welcome the new week.

Our last conference day (19 June) was opened by an ecumenical service prepared by our participants and religious advisor Philine Lewek. To show the internal plurality of Christianity, songs from different traditions were chosen and instead of one sermon two reflections were included on different biblical texts, with personal connections of participants to the topic of memory and remembrance.

The final session gave the participants the opportunity for one last joint reflection and a review of the year, as well as a preview of the next programme year and its topics and formats. One participant stated that the work with the DialoguePerspectives2021/22 cohort felt like a “large interreligious family that one chooses”.

We thank our participants for their hard work, their engagement with our programme, and their trust – working with them has been a privilege. A huge thanks goes to our workshop leaders, the religious/worldview advisers, and the extended team for contributing to this year’s programme.

We look forward to continuing the discussion in our next programme year – the call for applications will begin soon. Stay tuned, share, and apply! 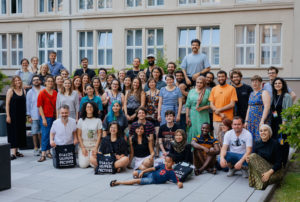 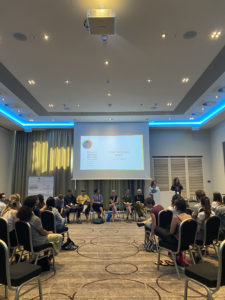 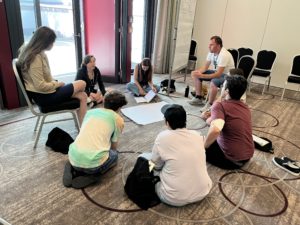 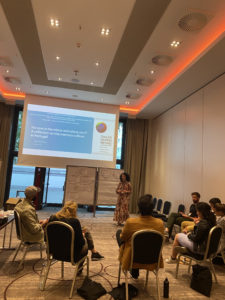 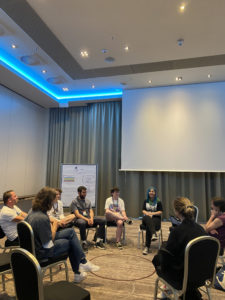 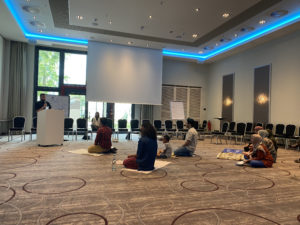 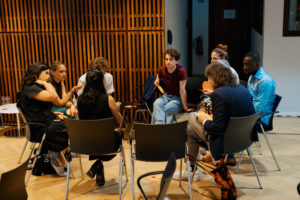 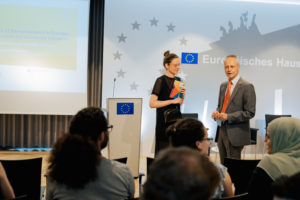 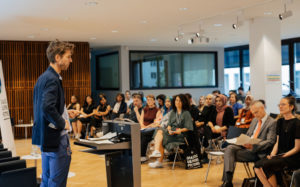 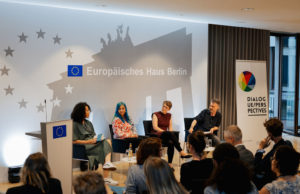 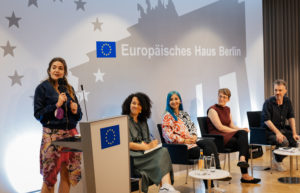 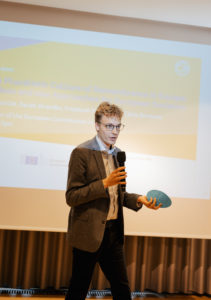 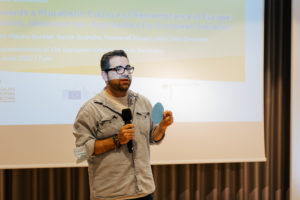 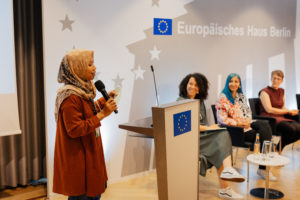 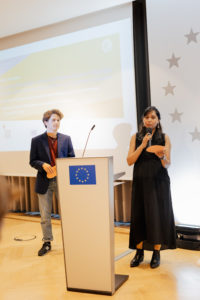 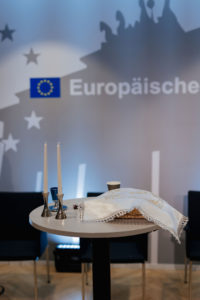 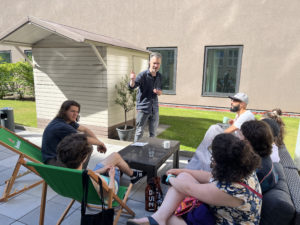 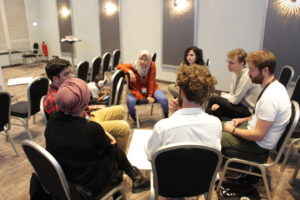 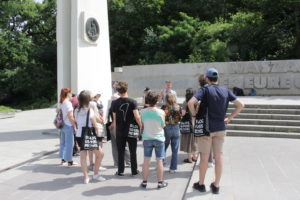 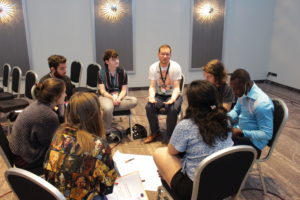 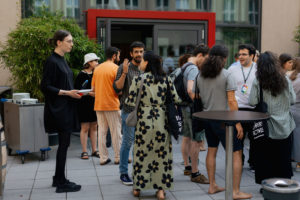 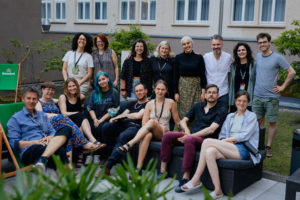 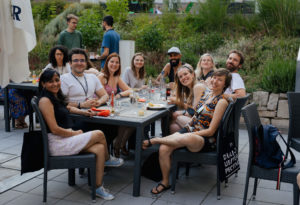 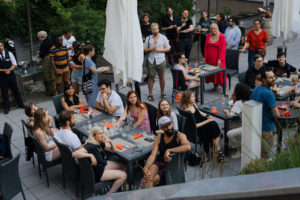 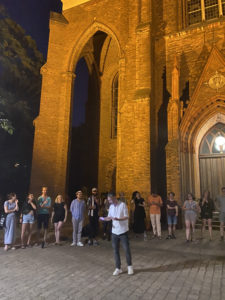 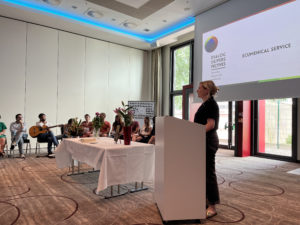