After two attempts postponed by the circumstances of the ongoing Covid-19 pandemic, DialoguePerspectives was finally able and happy to realise a long-awaited endeavor: gathering for our Spring Seminar 2022 in Luxembourg.

Following the invitation extended by the Luxembourg School of Religion & Society (LSRS), the 75 participants of the DialoguePerspectives programme year 2021/22 came together to continue their joint work in person as well as digitally from March 23rd until March 27th for our spring seminar, titled ‘Luxembourg – Religious Diversity and the Socio-Political Responsibility of Religious Communities in the Centre of Europe‘.

The programme focused on several different topics and methods. In different rounds of reflection and dialogue, the core contents of DialoguePerspectives were put into the centre of discussion. In smaller groups and under the guidance of our religious/worldview advisors and speakers of the DialoguePerspectives programme, our participants worked together on topics such as pluralism as practice, class and classism, civil disobedience and the importance of dialogue for social utopias. Furthermore, basic concepts relevant to the practice of interreligious/worldview dialogue with a claim to the socio-political realm were reviewed and discussed: which terms matter and what do they mean? These discussion rounds related to terms and concepts such as religion and worldview, intersectionality, pluralism, societal structure, LGBTIAQ+, nation-state and migration, identity and belonging, among others.

In a mini lecture-series, Prof. Jean Ehret, director of the LSRS, spoke on theological perspectives on interreligious dialogue, followed by a lecture by political scientist Prof. Philippe Poirier (University of Luxembourg) on the relationship between the state and religious communities in Luxembourg. The question of different possible approaches and perspectives on the practice of interreligious-worldview dialogue was again found in the panel discussion with Prof. Jean Ehret and Prof. Frederek Musall on Thursday evening. The discussion took up socio-political claims of inter-religious-worldview dialogue, as well as the question of which potential dialogue carries for building solidarity in society.

A major theme of the seminar was the work of the Court of Justice of the European Union (CJEU), especially in relation to the negotiation of different levels and forms of law: EU law, national law and religious law. After a virtual visit to the Court and a presentation by Prof. David Hummel, legal secretary of Advocate General Juliane Kokott, our religious/worldview advisor, Jochen Schlenk, presented the contrasting approaches to the right to freedom of religion or worldview on different jurisprudences of the CJEU. This focus found its conclusion in the panel discussion and Q&A with Eleanor Sharpston, former Advocate General of the CJEU, who reported on her work as Advocate General, in particular on cases concerning the rights of workers wearing the Islamic headscarf at their workplace. The panel discussion, which took place in the synagogue of Esch-sur-Alzette, was followed by a Shabbat service together with the liberal Jewish community of Esch.

Previously, participants had organised the service for the Islamic Jumu’ah prayer on Friday together with the religious/worldview advisor Nour al-Huda Schröter. Also present was Eric Risch, who, as Secretary General of the Assemblée de la Communauté Musulmane du Grand-Duché de Luxembourg, presented a representation of the Muslim community in Luxembourg and answered questions asked by DialoguePerspectives participants about Muslim life in Luxembourg.

Another part of the interreligious-worldview practice during the seminar, apart from morning impulses in which participants gave insights into their practice, projects or experiences of their communities, was an ecumenical service on Sunday, also organised by DialoguePerspectives participants together with the religious/worldview advisor Philine Lewek. A special feature was that the chapel of the LSRS allows a direct path into the forest, which was included in the service by the group in a walk with voluntary prayers.

We sincerely thank all participants and speakers for five intensive days of working together. After the spring seminar is before the International Conference at the end of the current programme year – we look forward to seeing you again very soon – in June 2022 in Berlin. 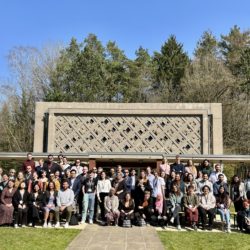 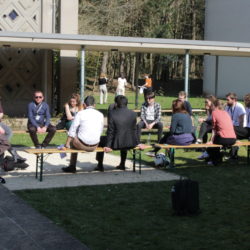 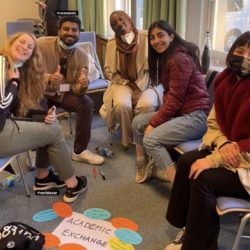 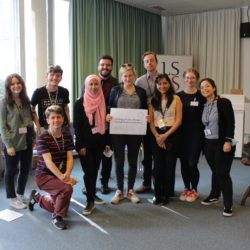 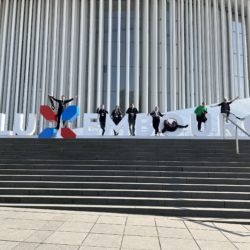 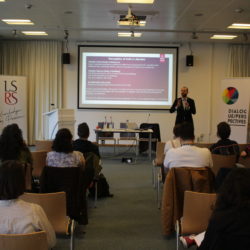 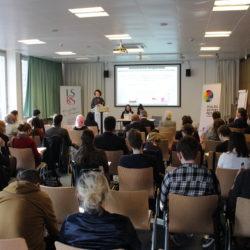 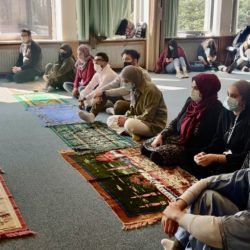 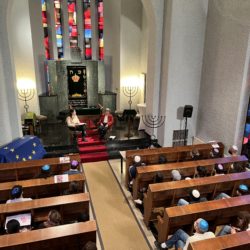 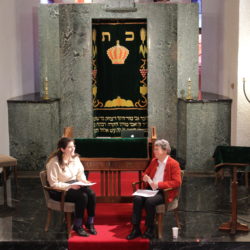 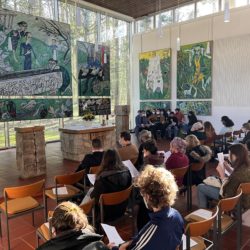