As a new member of the six-headed Steering Committee of the International Abrahamic Forum (IAF), Rachel de Boor, a member of the DialoguePerspectives team and coordinator of the Jewish-Muslim think tank Karov-Qareeb, travelled to Heppenheim to attend the annual meeting in the Martin Buber House. Rachel de Boor replaces Prof. Frederek Musall on the Steering Committee.

Two Jewish, two Muslim and two Christian delegates each from five different countries (Iran, USA, Italy, Singapore and Germany) discussed future activities and prepared the upcoming conference in June 2020 in Bratislava of the International Council of Christians and Jews (ICCJ) on the topic: “Stories We Live By: Relating to the Self and Other”, at which the IAF will provide impulses for Christian-Jewish-Muslim dialogue.

In thinking about a possible narrative that can be dealt with trialogically, a controversial discussion arose about Abraham’s role as “father” of the three representing religions. Finding out which qualities are differently attributed to him and what this says about the diversity of the traditions led to the decision to critically deal with one’s own name – Abrahamic Forum – in the long run and to choose him, Abraham, as main topic.

In addition, the group accompanied Rabbi Prof. Reuven Firestone to a lecture, which he gave in the context of a lecture series on “Religious Conflicts – Religion and Conflict – Religion and Violence” at the University of Frankfurt. He spoke on “Born into a Violent World: The Birth-Pangs of Religion and their Impact on Religious Relations” and, as a conclusion, expressed his wish, that at the same time can be seen as a possible goal to which inter-religious talks can and should work towards:

“that one can say to each other: ‘Your religion sounds interesting and I appreciate you, but I like my religion more anyway’ without causing irritation”.

Criticism and cordiality in an inter-religious framework – savoury and sweet criticism in equal measure, so to speak – this is what not only the International Abrahamic Forum is working on, but of course the DialoguePerspectives continue to do. 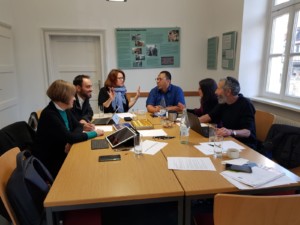 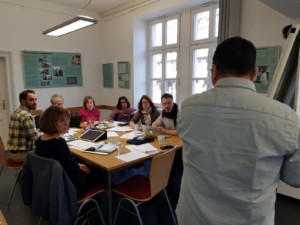 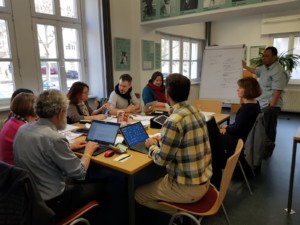 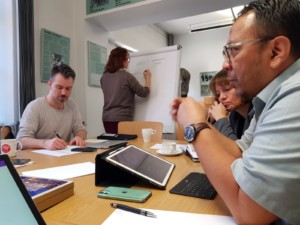 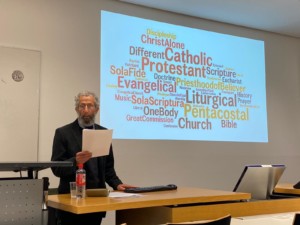 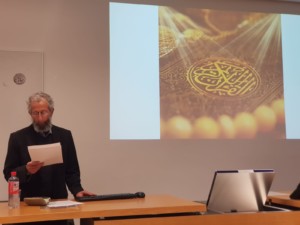 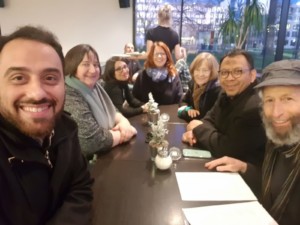