What we celebrate and why: Ayyám-i-Há – the inserted days

The Ayyám-i-Há are an integral part of the Bahá’í calendar, which is based on the solar year and begins annually at the vernal equinox in March. The pivotal point in the construction of the calendar is the number 19. Accordingly, the Bahá’í calendar knows 19 months with 19 days each, whereby a calendar day begins with the sunset of the preceding day.

The Ayyam-i-Há are the inserted days that initially serve to regularly align the calendar with the solar year. According to this Baha’i calendar system, the ayyam-i-ha (four or five in leap years) fall between the 18th and 19th month of the Badí calendar. In addition to the purely “ordering”, i.e., calendrical sense, the Ayyam-i-Ha also have a religious and symbolic value and are dedicated above all to hospitality and care towards other people and are also gift days. They also serve as preparation for the nineteen-day fasting period that immediately follows the Naw-Ruz festival. The timing of these days is laid down in one of the most important holy scriptures, the Kitab-i-Aqdas, where further information about the spiritual significance of this time can be found. According to it, the Ayyam-i-Ha are the “days of the (letter) Ha”, which is seen as the holy letter and bearer of the “essence of God”.

“We ordained that these days and nights should be the revelations of the letter Há; thus they are not limited by the year and its mo-nats. The people of Bahá should, during these days, prepare feasts for themselves, their relatives, and for the poor and needy, praising and glorifying the Lord with exultant joy, singing His praises, and exalting His Name. And when these days of giving, which precede the time of abstinence, draw to a close, then begin fasting. Thus has the Lord commanded all mankind.”

Saba Detweiler, Commissioner for Sociopolitical Issues of the Bahá’i Community in Germany and DialoguePerspectives contributor:

Ayyám-i-Há is a joyful time of togetherness. People visit each other, make others happy. We open our homes to neighbours, friends, acquaintances, and colleagues. In many communities or even families, small, simple gifts are prepared, such as small bags of homemade cookies or cards with a quote that inspires – there are no limits to creativity. It is not uncommon to prepare them with others, not only to give them to friends, but also to bring joy to everyone who crosses our paths. I remember well that a few years ago we had baked cookies for the neighbourhood with a youth group in my neighbourhood and distributed them. It was a beautiful experience for everyone to see that even if you don’t know the person yet, this gesture of selfless giving brings joy to the person and makes reaching out to each other very easy. 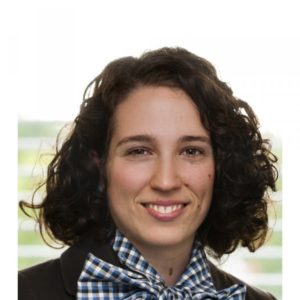