A Shameful Response: The Catholic Church and The Question of Blessing Same-Sex Marriages

‘Finally, all of you be of one mind, having compassion for one another; love as brothers, be tenderhearted, be courteous; not returning evil for evil or reviling for reviling, but on the contrary blessing, knowing that you were called to this, that you may inherit a blessing’. Peter 3:8-9

Days before the Feast of St Joseph, Patron Saint of both fathers and the universal Church, who showed kindness and compassion when he saved the Virgin Mary from shame and a public stoning before he knew she was pregnant with the son of God, we received an answer from the Vatican regarding an important question. In response to the question, ‘Does the Church have the power to give the blessing to unions of persons of the same sex?’ the Catholic Church through the Responsum of the Congregation for the Doctrine of the Faith to a dubium regarding the blessing of the unions of the persons of the same sex, responded with a resounding negative. In his first press conference after becoming pope in July 2013, Pope Francis remarked, ‘If someone is gay and searches for the Lord and has good will, who am I to judge?’. Though this was not a statement of approval of same-sex unions, it was more compassionate than his predecessors and seemed to offer encouragement regarding the treatment of homosexuals by the Church. This in particular is why many are shocked that Pope Francis approved the recent confirmation.

In Irish writer Colm Tóibín’s The Blackwater Lightship (1999), there are multiple coming out stories, but I found the most touching to be Paul’s experience. To come out of the closet is a shame metaphor, meaning to come out of shame and break the silence surrounding your sexuality, which is especially true in the context of a practicing Catholic coming out. In the novel, Paul, originally from Ireland, moved to Brussels with his partner. After attending a Catholic gay men’s group, they learned there was a priest who would bless their relationship. Eventually, the priest called and said he would bless them under three conditions – ‘one, that we made good confessions before the ceremony; two, that we went to Mass and Communion every Sunday for a year; and three, that we told no one’. Relaying pride rather than shame, they told him they must tell two people close to them of the marriage and break the silence once again. The next time they met, the priest told them he would conduct a marriage ceremony rather than a blessing if that is what they wanted, but they must be certain. They ardently agreed but did not think it could be. ‘It can be done’, he said, ‘but it is a grave step, and you must let me know if you have any doubts’. He eventually married them with the word ‘spouse’ and said ‘Welcome to the Catholic Church’. When the ceremony was over Paul felt, ‘the light of the Holy Spirit on us’, and that he had been singled out to receive a very special grace’. The Catechism of the Catholic Church quotes:

‘How can I ever express the happiness of a marriage joined by the Church, strengthened by an offering, sealed by a blessing, announced by angels, and ratified by the Father? . . . How wonderful the bond between two believers, now one in hope, one in desire, one in discipline, one in the same service!’

Homosexual couples will never experience this grace which both the Catechism and Paul speak of. Though some homosexual couples are Catholic and attend Church, recite their prayers, and raise and educate children as married couples are told to do by the Church, we can refer to Paul’s experience prior to his welcoming by the priest as the highest form of tacit acknowledgement possible. Paul thus attended Mass, prayed, partook in a gay men’s group at the church, and sought for his relationship to be blessed by the faith he so wished to belong to, yet he did not partake in Communion or Confession. This is because he knew his actions were seen as sinful by the Church. He was not ‘using’ the Church as the priest originally assumed, but was too ashamed to participate in the Sacraments before experiencing the acceptance he felt by this priest.

The priest’s acceptance of Paul and his partner was key to the release of his shame. Paul was invested in his religion and sought to be connected to his church but felt rejected because his lifestyle was condemned as a sin and shameful. When the priest announced he was welcomed into the Church, who he had longed to be accepted and loved by and to ‘reconstitute the interpersonal bridge’, as aptly put by Gershen Kaufman, Paul feels that, finally, his shame is released. This relief through acceptance and welcoming is expressed when he goes to Communion later in the novel. He was told that he was welcome in the Church despite who he loved, and that his sin was not so great to create a chasm which had previously caused immense hurt and shame.

Part of being a member of the Catholic Church is being part of a community, a family, welcomed into the Body of Christ. Though we are told to treat and accept homosexuals with ‘respect, compassion, and sensitivity’, as stated by the Church in 1993, Pope Francis’ recent response did not resemble this view. Bishop Paul Dempsey wrote that the language of the response was, ‘at best […] experienced as cold and distant, at worst hurtful and offensive’. The most hurtful words were that the Church ‘cannot bless sin’. When homosexuals are told their inclinations are ‘objectively disordered’ and ‘intrinsically evil’, how can they not feel ashamed and unwelcome in our community? Though the Church differentiates between the actions of homosexuals as being sinful rather than the person being sinful, it is important to compare this to definitions of shame and guilt. If a person becomes guilty by doing something wrong, while shame implies that there is something wrong with the person, would not the acting upon homosexuality make the person feel guilty while the understanding they are gay lead to shame, at least in accordance with the teachings of the Church? Like Bishop Dempsey, former Irish President Mary McAleese has written of her disappointment in the wording of the document and appealed to the Church to ‘acknowledge the hurt’ caused by it. She writes it was ‘gratuitously cruel in the extreme’, as it was, and the Church remains, ‘one of the key influencers of Irish society’, as they still run ninety percent of the primary schools in Ireland and half of the secondary schools as well. We thus need to consider what message, and what shame, is being attached to the words we preach.

Finally, I am not arguing that the Catholic Church should change its stance on the sacrament of marriage, but if the only thing preventing the blessing of relationships between two men or women, which even the Church has stated have positive elements which should be ‘valued and appreciated’, is because the blessing may be confused with marriage, I think we need to weigh the benefits against the negatives. Is a life of shame which could be lessened, if not prevented, with kinder words and a blessing of a committed relationship founded in love, not important enough? If we understand shame as the incomplete depletion of joy or interest, we are causing those who wish to be Catholic but denied the participation in this sacrament, an immense amount of shame; we are implying that their sin is too great to receive even a blessing. If, as a church, we cannot offer same-sex couples the sacrament of marriage, as it is only to take place between a man and a woman, can we not offer our brothers and sisters in Christ a blessing? It is a not a matter of the sign of the times, rather, a commitment to kindness and acceptance of our fellow Catholics who merely wish to be in communion with us. Let us not forget the example St Joseph set regarding shaming others. Have we not caused enough shame? 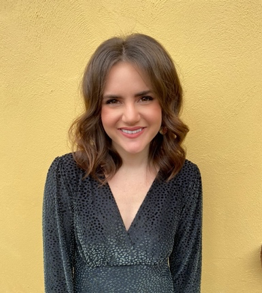 Carleigh Garcia is a PhD student in English Language and Literature at Mary Immaculate College, University of Limerick and Research Assistant to the Irish Institute for Catholic Studies.