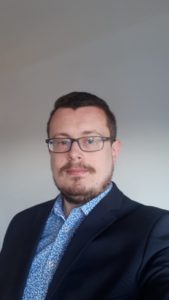 Eric Risch was born in 1990 to a wine-grower family on the Luxembourgian Moselle. After spending his youth in the Grand-Duchy, he passed some years in France and Germany for educational and work related reasons. Since 2017, he is General Secretary of the Shoura, the counsil of the muslim community of the Grand-Duchy of Luxembourg, where he is, among other things, implicated in the communication with other religious communities. He is interested in early islamic material culture as well as the history of the local muslim community in Luxembourg.