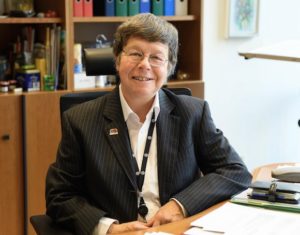 Eleanor Sharpston QC read economics, languages and law at King’s College Cambridge and did inter-disciplinary research at Corpus Christi College Oxford before being called to the English Bar in 1980. She spent the next 25 years practising EEC / EC / EU law as well as taking pro bono cases involving the ECHR, becoming a ‘silk’ (Queen’s Counsel: ‘QC’) in 1999. In parallel, she had a distinguished academic career, lecturing in EU law and comparative law first at University College London and then for many years at Cambridge University.

She served as an Advocate General at the Court of Justice of the European Union (CJEU) from 2006 to 2020, where she presented over 340 Opinions covering many major aspects of EU constitutional, substantive and procedural law.

Since leaving the CJEU in 2020 following Brexit, she has turned more towards environmental law and now serves as a member of the Aarhus Convention Compliance Committee. As an emeritus fellow of King’s College Cambridge and an honorary fellow of both Corpus Christi College Oxford and the British Academy, she maintains academic links with the United Kingdom. She is also a visiting professor at the Riga Graduate School of Law in Latvia and an adjunct professor at Trinity College Dublin; and holds honorary documents from Glasgow, Nottingham Trent, Stockholm and Edinburgh.

She remains firmly based in Luxembourg, her adopted country, whose nationality she is proud to hold in parallel with her British nationality of origin. When not doing something connected with the law, she is usually to be found walking in the Luxembourg woods with her beloved dogs, Boris the samoyed and Rudy the hovawart, or playing or listening to classical music.