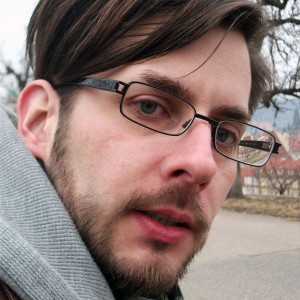 Dr. Alexander Graeff, works as a publisher, curator, and instructor for ethics, aesthetics, and pedagogy. He studied economics, engineering, and educational science and philosophy in Karlsruhe and Berlin. He completed his doctoral studies with Heinz-Elmar Tenorth and Michael Parmentier on the topic of Wassily Kandinsky as an educator. He has published numerous philosophical and fictional texts. The basis for his philosophical works is a pluralist-constructivist worldview. His topics are primarily deviant and marginalized phenomena in the historical, religious, and social sciences. Alexander Graeff’s fictional works (prose, lyrics) are surreal. He does not shy away from literary hybrid forms and transdisciplinary works. This has led to a range of collaborations with visual artists, illustrators, and musicians. His academic studies, as well as his curatorial and publishing activities, pursue the connection between literature, art, education, and philosophy.

Alexander accompanies DialoguePerspectives from the beginning both on a conceptual level and as a workshop leader and speaker on a variety of topics.