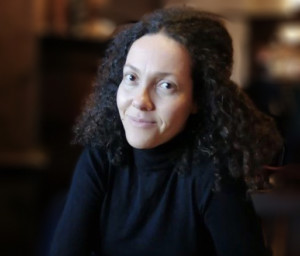 Dr. Cátia Severino is a postdoctoral researcher at the Linguistics Center of the University of Lisbon (Portugal), she has been an active member of Djass-Associação Afrodescendente since 2017. The youngest of seven siblings, she was born in Portugal in 1976, the year her family left Angola fleeing the civil war. Her personal experience in the context of so-called “Retornados” (Returned) communities, formed by the Institute for Support to the Return of Nationals (IARN) in the 1970’s, lead her to question the experiences of Afro-descendant communities in Portugal in the context of the Post-Colonial Diaspora as well as the colonial legacy of racism and colourism in the establishment of social and cultural status and the access to Portuguese citizenship.