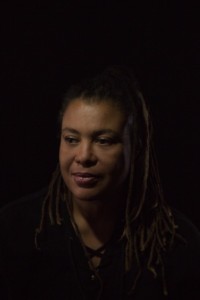 Nadja Ofuatey-Alazard was born in the Black Forest and holds a degree in journalism. She is a cultural activist, curator, production manager, journalist, presenter and filmmaker. Recent projects include the event and film series ReMIX. Africa in Translation(2016/17) and the book publication Narrating African FutureS (co-ed., Taylor & Francis 2018). In 2011-2017 she co-directed the annual BIGSAS Festival of African and African-Diasporic Literatures at the University of Bayreuth. Since October 2017 she has been working as project manager and co-director/artistic director at Each One Teach One (EOTO) e.V. in Berlin. Here she is a.o. responsible for the annual literature and art festival AFROLUTION. Since 2020, she, in the role of sub-divisional project director, has also been responsible for the area of In[ter]ventions, and thus for the discursive and performative formats within the 5-year collaborative project »Dekoloniale Memory Culture in the City«